The Fort Worth Transportation Authority and the Federal Transit Administration of the United States Department of Transportation signed a $499.39 million Full Funding Grant Agreement today, which completes the local and federal funding for the $1.034 billion commuter rail project.

Slated to open for service in late 2018, TEXRail is a 27-mile commuter rail line that will extend from downtown Fort Worth, across northwest Tarrant County, through North Richland Hills and Grapevine, and into Dallas Fort Worth International Airport’s Terminal B.

“Signing the Full Funding Grant Agreement signifies success for everyone who has worked diligently over the years to make TEXRail a reality,” FWTA President/CEO Paul Ballard said. “I am grateful to the FTA for their support of this project, and especially to FTA Acting Administrator Carolyn Flowers for joining us on this momentous occasion.”

Bob Baulsir, FWTA vice president of rail and procurement, said the TEXRail project is transformative for the region.

“The economic development that we already see in Fort Worth and in the nearby communities of Grapevine and North Richland Hills is pretty amazing,” he said. “Transit-oriented development shows that people want to live close to public transportation. For folks like me, who live downtown and travel a lot out of the airport, they can walk from their homes to the station and be at the airport in less than an hour, and they don’t have to pay to park.”

TEXRail’s route will start at the T&P Station and continue to the Intermodal Transportation Center, North Side, Beach Street/Mercantile, Iron Horse and Smithfield (both in North Richland Hills), Grapevine/Main Street, DFW Airport North and DFW Airport Terminal B.

“A key element of our Transit Master Plan is to serve more people and more places – and TEXRail does just that,” Ballard said. “In addition to current residents along the route, we will have multiple communities of riders in the transit-oriented developments.”

About the TEXRail Train

The FLIRT 3 (Fast Light Innovative Regional Train) vehicles, which are built by Stadler Bussnang AG of Switzerland, will be assembled in Utah as part of the Buy America program. The first car shells will be arriving in the United States later this month, and the first completed train set will be featured at the 2017 American Public Transportation Association (APTA) Expo in Atlanta.

The diesel multiple unit (DMU) trains are configured with an operator cab at either end for bidirectional movement. At the center of the train is a power pack with two diesel engines. This style of train is much quieter than traditional commuter rail. TEXRail amenities include work tables, lap trays, a quiet car, level boarding and overhead storage for bags. 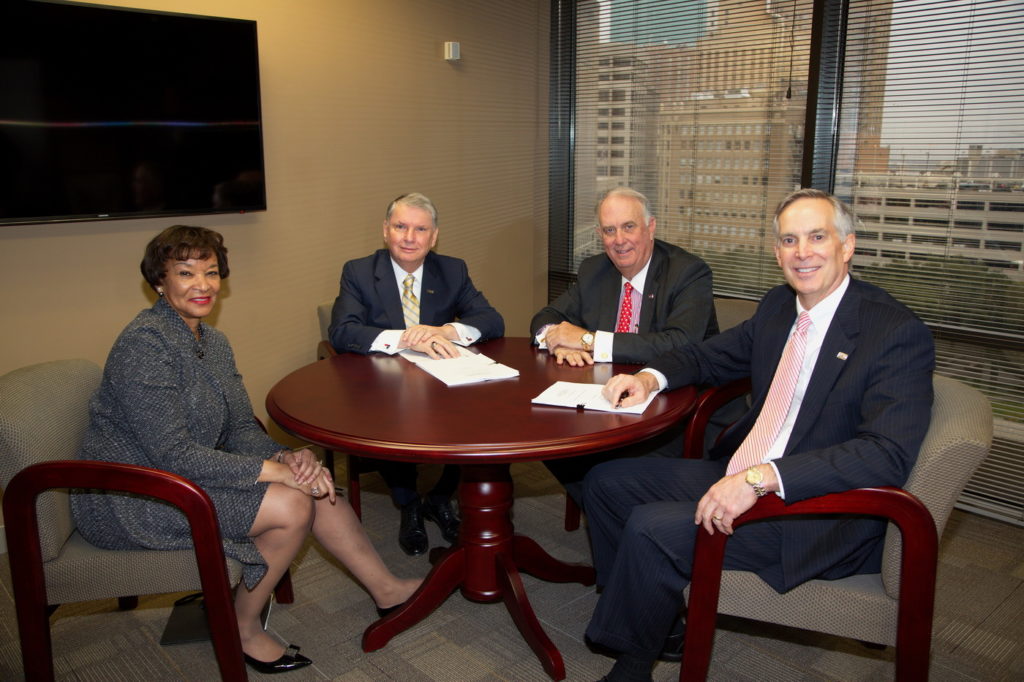