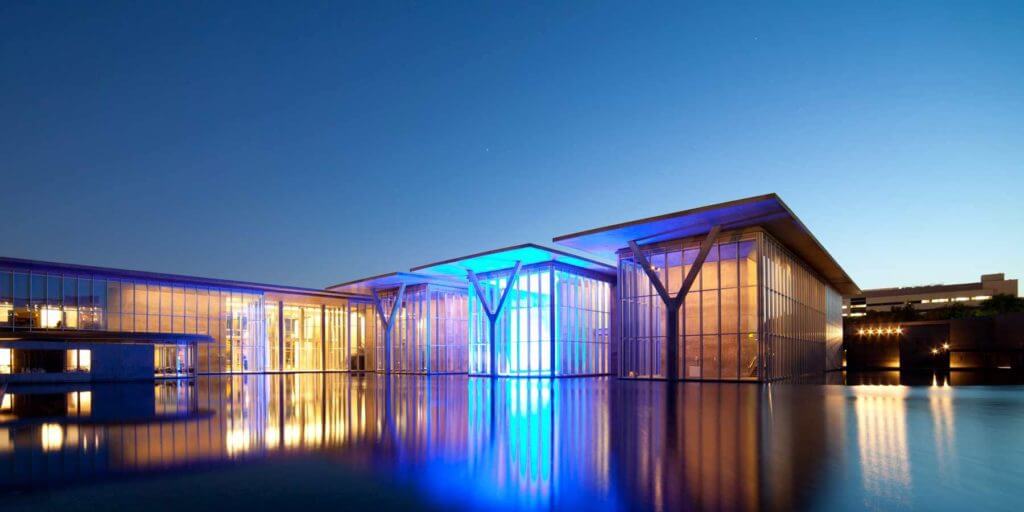 Have you been on The Dash yet? The Dash is Trinity Metro’s first electric bus that takes users between Downtown Fort Worth, West 7th Street and the Cultural District. Along The Dash’s route is The Modern Art Museum of Fort Worth. The Modern features works from all major international movements, including Abstract Expressionism; British, German, French, and American Pop; Color Field Painting; Minimalism; Conceptualism; Post-Minimalism; New Image Painting, and Neo-Expressionism.

Sit back and recharge while you make your way to The Modern. The Dash is equipped with USB charger ports under the seats. Additionally, there is complimentary Wi-Fi on board, so you can catch up with your favorite shows while you ride. Looking for something extra to do on your trip? On the way to The Modern you can stop by Sundance Square, Montgomery Plaza and Crockett Row.

Hop off at The Dash stop located at Lancaster and Van Cliburn. The Modern Art Museum of Fort Worth is a short 5-minute walk. The Modern is open Tuesdays – Sundays from 10 a.m. until 5 p.m. with extended hours through 8 p.m. on Fridays. Admission is half-price on Sundays and FREE on Fridays. While visiting The Modern, make sure you stop by Café Modern, which offers artfully crafted cuisine. View a list of current and upcoming exhibitions at The Modern at the end of this post.

When you are ready to make your way back, walk to The Dash stop at Lancaster and Van Cliburn and the loop will take you back to Fort Worth Central Station. The Dash provides daily service with later hours on Fridays and Saturdays. For more information about The Dash, click here.

Current and upcoming exhibits at The Modern Museum of Art.